You are at Home> FAQ Main> FAQs on Phlegm Suction

The following FAQs are based on my experience in performing phlegm suction for my mother daily for more than 6 months. It involves oral phlegm suction (not tracheostomy). I decided to create this FAQ section for those who wish to search for quick answers. I would continue to update this page with more FAQs from time to time.

Disclaimer: This is based on my own experience to help other caregivers. Please seek advice from your doctor and healthcare professional before starting. Q:  What is a phlegm suction machine?

A: A phlegm suction machine is a device used to perform suction of oral secretions such as phlegm, mucus or saliva.

Q: Who would need to do phlegm suction?

A: A person may need to do phlegm suction for a number of reasons. However in terms of caring for your loved ones, if they have dysphagia (difficulty swallowing) or totally not able to swallow or spit out the secretions such as phlegm, mucus or saliva, then phlegm suction would need to be performed. Dysphagia can develop from illness such as ALS (Lou Gehrig’s disease), complications from stroke or end stage Alzheimer’s.

Q: How should you clean the phlegm suction machine?

A: Each time after phlegm suction, empty the contents of the cannister. Then run through the tip of the suction tube with at least a cup of clean drinking water (in hospital, they use saline water).

Once every few days, I would pour about 20 ml of Listerine (mouthwash) to the cup, mix until it is about half a cup and then turn on the suction to pass the liquid to the tube and the machine. I figured Listerine can eliminate bacteria and is something safe that we can put our mouth compared to soap or Dettol that may remain.

Q: Who should I find to teach me how to do phlegm suction?

A: You should seek assistance from a healthcare professional to teach you how to do phlegm suction. When my mother was admitted to ER due to wheezing and difficulty breathing, we immediately went to the pharmacy in the hospital to buy a phlegm suction machine. The ER nurse gave us a quick lesson in how to assemble the machine and do the phlegm suction.

However, usually the phlegm suction done in hospital is different- the nurse will go all the way to the lungs when doing suction to get as much phlegm out as possible. After that, they usually would prescribe a round of anti inflammatory to be taken. If we do it at home, usually it would be more gentle.

Initially, you may be terrified or afraid to do the suction. But like all skills, this get better with practice. I was terrified too but I know if I do not do it, I risk having my beloved mom choke to death on her phlegm and mucus. After a few months, I am no longer nervous when I had to do phlegm suction, but I do say a prayer of protection each time before starting suction. Because sometimes during suction, some hardened phlegm could suddenly move up to block her passageway causing her not being able to breathe.

Q: What is the size of the suction catheter should I use to perform suction?

A: I use size 14 fr for my mom because her phlegm is thick and gluey. The size 12 fr often cannot get the thick phlegm or larger solidified phlegm out.

Q: Can the catheter be reused?

A: The catheter is the tube we use to insert to the mouth during suction. It connects to the tube, which connect to the machine. The catheter is for single use only and must be disposed after each use.

Q: Do I need to wear gloves when doing phlegm suction?

A: Yes you do. Wear disposable latex gloves. Especially the hand that is holding and inserting the suction tube into the mouth. We do not wish to risk transferring bacteria or any contaminants on the surface of our hands or skin to our loved ones.

Q: What other items do I need during phlegm suction?

A: I can share with you the items that I always get ready during phlegm suction (aside from the machine and the suction catheter) :

Usually turn on oxygen concentrator and give them supplemental oxygen when during suction.

Q: How often should phlegm suction be performed?

A: It really depends on the situation of your loved one. When I first started out, it was only once every few days as I was totally afraid and not familiar with the process. It was not enough and she had a lot of phlegm buildup. She was always coughing and lethargic. Eventually I increase the frequency of the phlegm suction. At first it was about once, then move to twice/three times a day. Now, I do it many times a day because the phlegm in her throat is thick and sticky. If I do not get them out, they would harden and turn into a choking hazard.

My mom’s GI specialist told me that if her phlegm production is a lot, I should do phlegm suction for her before each meal. She said a person produces up to 2 litres of secretions per day and imagine if we cannot get rid of it, it would accumulate and cause aspiration pneumonia.

From my learnings in ALS support groups, I realized phlegm suction needs to be done regularly for someone who could not longer swallow well. I now do between 5 to 8 times per day and it has helped to reduce her choking episodes:

In between, I may perform more suction if she coughs or I hear heavy phlegm sounds. For example in the mid morning, sometimes at 3am or at about 8pm. I use at least 4 catheter per day to do the suction.

Q: How do you know which area to do suction?

A: This is how I do it. I cover my mom’s eyes with a towel, then use a steel probe to open her mouth and shine the torch in it. I would see the location of the phlegm on the surface. If there are some in the surface, experience tells me that there are more of those where they come from. I would then aim the suction catheter at that location and do phlegm suction starting from that area, then moving down a little.

If I hear my mom cough or have phlegm sound (we have to learn to identify these sounds), I would pass the catheter at the passage of her throat that leads to her lungs. I do not insert the tube deep even though the nurse had told me it is okay to insert deeper. You would need to ask a nurse who is knowledgable in phlegm suction on what is the maximum depth you can push in the suction catheter into the throat (there is a way to measure and the length differs from one person to another).

Q: Is there any danger in performing phlegm suction?

A: Yes, there is a danger of choking, injury and aspiration.  I would briefly go through the three.

Choking: Sometimes when you perform phlegm suction, a solidified mucus may rise up and block the airway resulting difficulty in breathing for the person. It happened a few times when I was doing phlegm suction for my mother. When that happens, I immediately put on oxygen (I have a oxygen concentrator next to her bed), got her up and pat firmly on her back to dislodge the solid mucus. After she stabilized, I would do phlegm suction immediately as in her struggle to breathe, she would have cough very hard and a lot of the mucus in her lungs are pushed upwards.

Injury: According to the nurse, the suction power should not exceed 140. Anything above that may cause bleeding.

Aspiration: Suction should be done at least 2 hours after the last feed. If you perform suction immediately after meal, it may cause the food that is still in the stomach to be sucked upwards. Once it gets sucked upwards, it may aspirate and flow to the lungs. You can solve this issue by ensuring suction is performed at least 2 hours after the last feed. In the case of someone with weak digestion, do it after 3 hours or right before the feed.

Q: If there is danger, isn’t it better not to do it?

A: Initially, no one told us about the phlegm problem. After being fitted with the nasogastric tube, my mother was discharged from the hospital after her vitals had stablized. We noticed she had a lot of phlegm that she could not expel till she started to make loud pitiful wheezing sound. She was so exhausted. We took her to hospital and they performed phlegm suction. We bought a portable phlegm suction machine straightaway.

There are 2 persons, one whom I know personally who were fitted with nasogastric tube due to inability to swallow from complications of stroke. They still had cognitive ability and could sort of spit out their saliva or phlegm. But they both died from choking on their phlegm/saliva. When doing suction, I realize phlegm and mucus harden easily and would become a choking hazard. My mom had choked a few times, with her lips turning grey from lack of oxygen (very terrifying). After patting her and giving her oxygen, I did phlegm suction immediately to suck the phlegm out since she could not spit nor swallow to the stomach on her own (due to Alzheimer’s, she has ‘forgot’ how to do these anymore).

In ALS support groups, it is common knowledge that phlegm suction is important for loved ones who lost their ability to swallow. The caregivers do phlegm suction all the time to prevent their loved ones from choking on their own mucus.

Q: I told my doctor that my loved one have a lot of phlegm and the doctor prescribed Mucinex/Fluimucil to dilute the phlegm. Is that good enough?

A: If the person can still ‘swallow’ the phlegm to the stomach or spit it out, ie get rid of the secretions on their own, it may still be okay. But if they have lost the swallowing reflex or often choke or cough, then they would not be able to expel the secretions on their own. If they cannot get it out, it would accumulate and harden. The hardening part is scary because it would then become a choking hazard. Sometimes the phlegm itself is hard and sticky which makes it hard to remove. It has to be sucked out using the phlegm suction machine.

Phlegm Suction for Dysphagia/ Nasogastric Feeding Patients
Tube Feeding is discouraged for Alzheimers but recommended for stroke/ALS
Danger of Choking due to Dysphagia (swallowing difficulty)
Share this with someone who you feel can benefit: 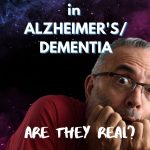 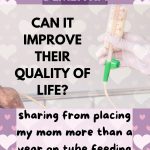 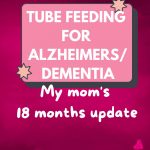