When you attempt to measure yours or your loved one’s blood pressure and your home machine indicates as ‘Error’, you need to get the person to the hospital asap for checking.

Below is a video that shows what I meant. In the first part, it shows how the blood pressure machine in our home read for a normal person.

Then in the next reading, it shows how the blood pressure reading for my mother. You can see the pressure rising as normal, and then, as it descends, the machine was not able to detect the pulse.

According to my cardiologist, in my mom’s case, it was due to a huge insufficient intake of water and fluids causing severe electrolyte imbalances. This brought down her blood pressure, which was previously high, to non detectable.

The neurologist also said that as some of the medication my mom had taken, in tablet form may ended up below her tongue or throat, making the medication many times more powerful. Especially coupled with insufficient intake of fluid.

My mom was not allowed to go home and was immediately warded in ICU.

What could have caused the blood pressure could not be read or detected?

This is the long version. I wish to share this because my mom nearly slipped into a coma. Had we not gotten her to hospital on time, and gave in to her constant insistence to sleep, she would have just gone to sleep and never wake up.

Prior to this, my mom’s blood pressure has been very high since the past 2. 5 years. My mom was seeing a gastroenterologist (for her chronic liver condition from hepatitis B) who referred us to the cardiologist when the medication prescribed failed to lower the blood pressure.

The cardiologist monitored and gradually adjusted the dosage for my mom till her blood pressure was brought under control.

Blood readings also showed an increase in cholesterol levels which the cardiologist gave about 8 months of us making changes to her lifestyle.

When her cholesterol readings failed to improve, our cardiologist started my mom on cholesterol medication.

My mom also has Alzheimer’s. As her condition deteriorated, she was slowly losing her swallowing reflex. Almost every time when she drank water, she would end up choking as some water seemed to get to her lungs. However it is not so bad if she takes semi fluid food like porridge.

However the constant choking made her more unwilling to drink water. We were warned by our gastroenterologist that there is danger to force her to drink water as it may cause fluid to dislodge in her lungs resulting pneumonia which may lead to blood infection. Which would be life threatening.

Due to my mom’s deteriorating Alzheimer condition, we made the decision of starting her on Alzheimer’s medication.

My mom’s blood pressure was low, showing 96/56 when measured at the hospital. The next day after starting her on her Alzheimer’s medication, the machine recorded error, ie unable to detect her blood pressure. When we tried on other people, the machine worked fine.

I took my mom back to our cardiologist to have her blood pressure medication revised and was immediately told my mom situation is critical. By then, she has refused anything more than a few sips of water for 2 weeks. We thought we had it covered through replacing with semi fluid food like porridge but it is not enough.

She was placed on IV drip to restore fluid in her body. The cardiologist said that with insufficient intake of fluid for sometime, a person’s blood pressure will drop due to electrolyte imbalance.

He also said that due to her advancing dementia, the nutrition she consumed on her own was no longer sufficient. The IV drip can only help to restore her electrolyte balance temporary but on long term, intubation is recommended, ie inserting a nasal/nose tube. Of course, her doctors also is aware due to her dementia, she would definitely try pull it out.

We took her back and did our best to try to make her to eat including using syringes to pass fluid in and blending food to make swallowing easier. After about 2 weeks, her blood pressure was still undetectable.

We bought an oximeter to measure and it showed the oxygen levels in her blood is very low. We got her to a government hospital where she was referred to ER and was hospitalized for a week.

This time, we intubated her to save her life.

Till today, her BP taken in her arms, even with hospital machine (both manual and automatic) is still undetectable. The hospital’s machine timed out while during manual reading, her pulse was not detected.

However readings could be captured if taken from her calves. The reading on her calves often shows on the high side but still, she is now taken off all blood pressure meds.

It has been a scary experience as a few times I thought I would lose my mom. She was slipping into semi conscious state. There was no physical distress such as pain. Just the blood pressure reading.

Therefore, if the blood pressure reader at home could not detect readings of someone but worked fine for other people, and that person is often very lethargic and sleeps a lot, PLEASE GET THE PERSON TO ER BEFORE IT IS TOO LATE.

Considerations before placing an Alzheimer/Dementia patient on tube feeding
Tube Feeding is discouraged for Alzheimers but recommended for stroke/ALS
I placed my mom (end stage Alzheimer's) on Nasogastric Tube Feeding
Share this with someone who you feel can benefit:

Phlegm Suction on a Child (video) 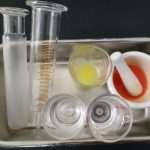 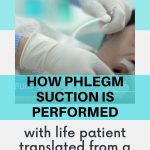 How Phlegm Suction is Performed (Video)