In this article, I would share on how my mother started having a lot of static and how I managed to solve that problem. This would likely not be a solution you could find elsewhere but do give the suggestions a try and see if it works for you. This is applicable to older persons, babies and children. They have worked for me.

In the last few months, I started getting mild electricity shocks when I touched my mother as I was attending to her. It started on and off, then become more frequent with increasing intensity.

At first I had thought it was due to the dry cold weather which may cause a lot of static. I have tried all sorts of things that are suggested via searches in the internet…. placing a bowl of water to humidify the air, changing the materials she is using, avoid having the light near her turn on often but instead turn on another more distant light, etc.

Nothing worked. Static was building up in the surface of her skin, socks and her blankets. Sometimes I feel it a little when I touched her hospital bed.

And the shocks seemed to get more frequent and happen in ‘higher voltages’. It came to a point that I would feel just a little afraid because I would never know if I am going to get another mild electric shock when I touched her to move her, change her diapers, etc.

When I raise this concern to two Thai persons, I was told a very unusual cause. It is spiritual related, and I would probably cover this in another future article or video. However, the most important thing to take note is each time BEFORE we approach our loved ones and before touching them, we need to LET THEM KNOW in a gentle and soothing way. This is to avoid scaring or giving them a shock. We would get a lot of static if we always do without informing and our abrupt actions frighten them.

If you watch videos on caregiving and nursing, it is also the standard procedure to greet and inform all patients first before doing anything. However in our rush to complete things, we often forget about this basic rules.

How to Overcome Static Shock when Touching a Person: 1. When approaching them, call them by the name that they are familiar with in a kind voice.

Do not use any angry, upset or negative tone. Be friendly and warm so it makes them comfortable.

2. Before touching them, let them know gently what you are going to do

If you do not wish to get another unpleasant static shock, tell them gently, for example “Ma, Ma, I am now going to apply some moisturizer for you/ wipe your face yeah”. If it looked as if they did not hear you, repeat again what you are about to do.

3. Gently touch first before going on with the task

When touching them, do not do it suddenly. Slowly touch them. If you are moving on to another part of their body, let them know before changing. For example, if you have applied cream on their hands and now you need to put on socks for them, let them know before you move on to their feet. For example, say “Ma, now we applied cream on your hands and arms, I am going to help you put on socks okay?”

It worked- I no longer get any static electric shocks

After consistently doing this, I no longer get electric shocks. This really works and now, I make sure I would greet and call my mom, then let her know what I am going to do before I ever touch her. So the issue is not with the cloth materials, bed, dry air or electrical appliances.

Do give it a try and see for yourself. It is simple, it is basic courtesy and it does not cause us anything.

Does this work for unconscious or comatose patients?

A friend of my mother, a retired nurse who cared for bedridden patients told me that it is part of their nursing protocol to greet and tell patients what they be doing. This include for unresponsive, unconscious or comatose patients. She said they were trained to treat them as patients, as living human beings.

And a final note, 22 years ago, my dad got a stroke and went into a coma before passing away. I have reasons to believe that even though he was in a comatose state, he could hear what had transpired. It is just that his brain was not able to command his body to move or respond but his consciousness is still able to perceive what is happening.

I have made a video on the above topic which you can view from my YouTube channel:

How to prevent elderly from sliding down and lift them back up
Tube feeding food ingredients, preparation and storage
Nasogastric tube tape/plaster change (for Alzheimers on tube feeding)
Share this with someone who you feel can benefit: 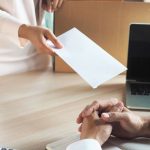 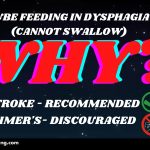 Tube Feeding is discouraged for Alzheimers but recommended for stroke/ALS 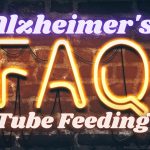 FAQs on Tube Feeding for Alzheimer's/Dementia